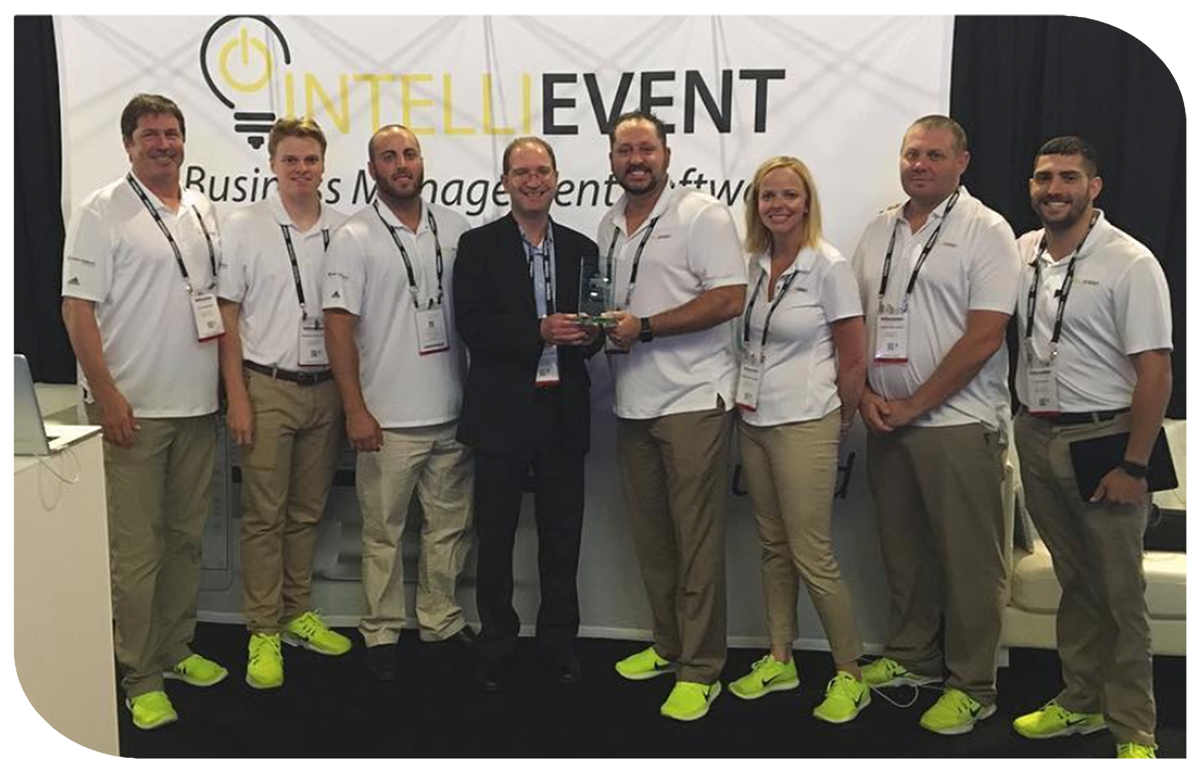 We Believe
in the Spirit
of Partnership

Our vision is to become the number one solution for business management software in the vertical markets that we serve. We have built our customer base through a strong referral network, which is fueled by extensive training, customer support and professional services. Our goal is to inspire new relationships and collaborate with our users to help them maximize profitability and efficiency.

To develop, enhance and support business-critical software for the rental and event industry and use our team’s industry knowledge and experience to act as trusted advisors and partners to our customers 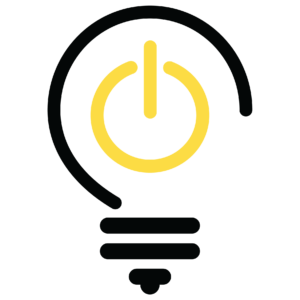 Our team members work together to provide each customer a positive and cohesive experience.

As true partners, we consult with our customers to enhance Lightning to meet their business needs.

We build trust and loyalty with our partners and remain committed to the same goals and a successful future. 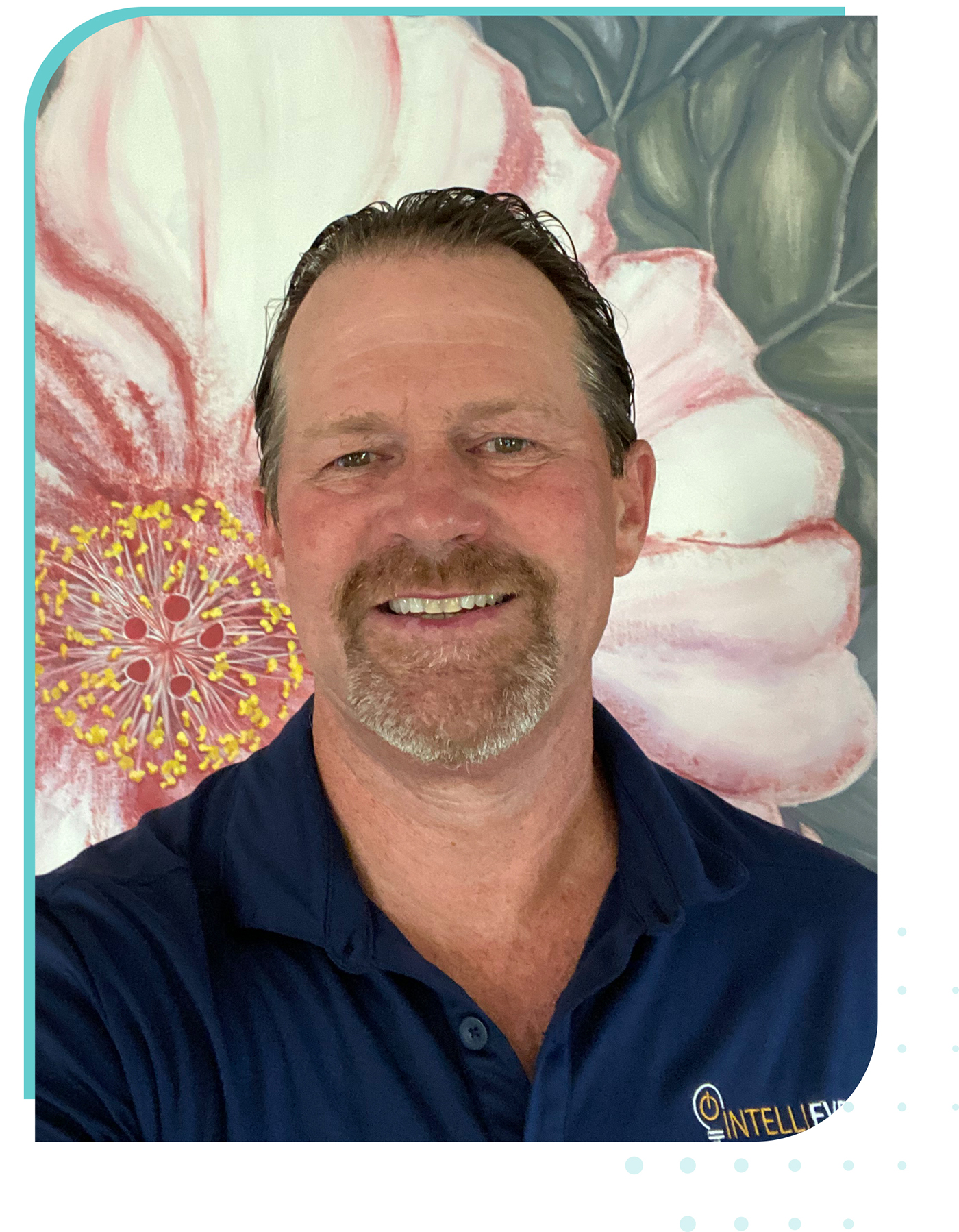 Don grew up working for his father’s industrial supply business in Sun Valley, CA, where he developed a passion for entrepreneurship and small business. His father’s constant quote, “It’s not the number of years you live, it’s the number of events you live,” has helped guide Don’s life. He earned his BS in Mechanical Engineering at Santa Clara University then joined Triad Systems Corporation, a leading supplier of software solutions for the automotive, hardlines and lumber industries. After Triad was acquired in 1996 for $200 million, Don moved on to Unocal/76 Products Co., which invested in Don’s MBA at the Monterey Institute of International Studies. While at 76 Products, Don helped roll out their new franchise Auto Pulse for 700 service stations. After 76 Products was acquired for nearly $2 billion, Don started IntelliEvent. He and his wife Tina reside in Monterey, CA, where they raised John, Anna and Abe. Don is an active member of the Silicon Valley Executive Network and loves all sports—especially golf, basketball, SUPing and fishing. 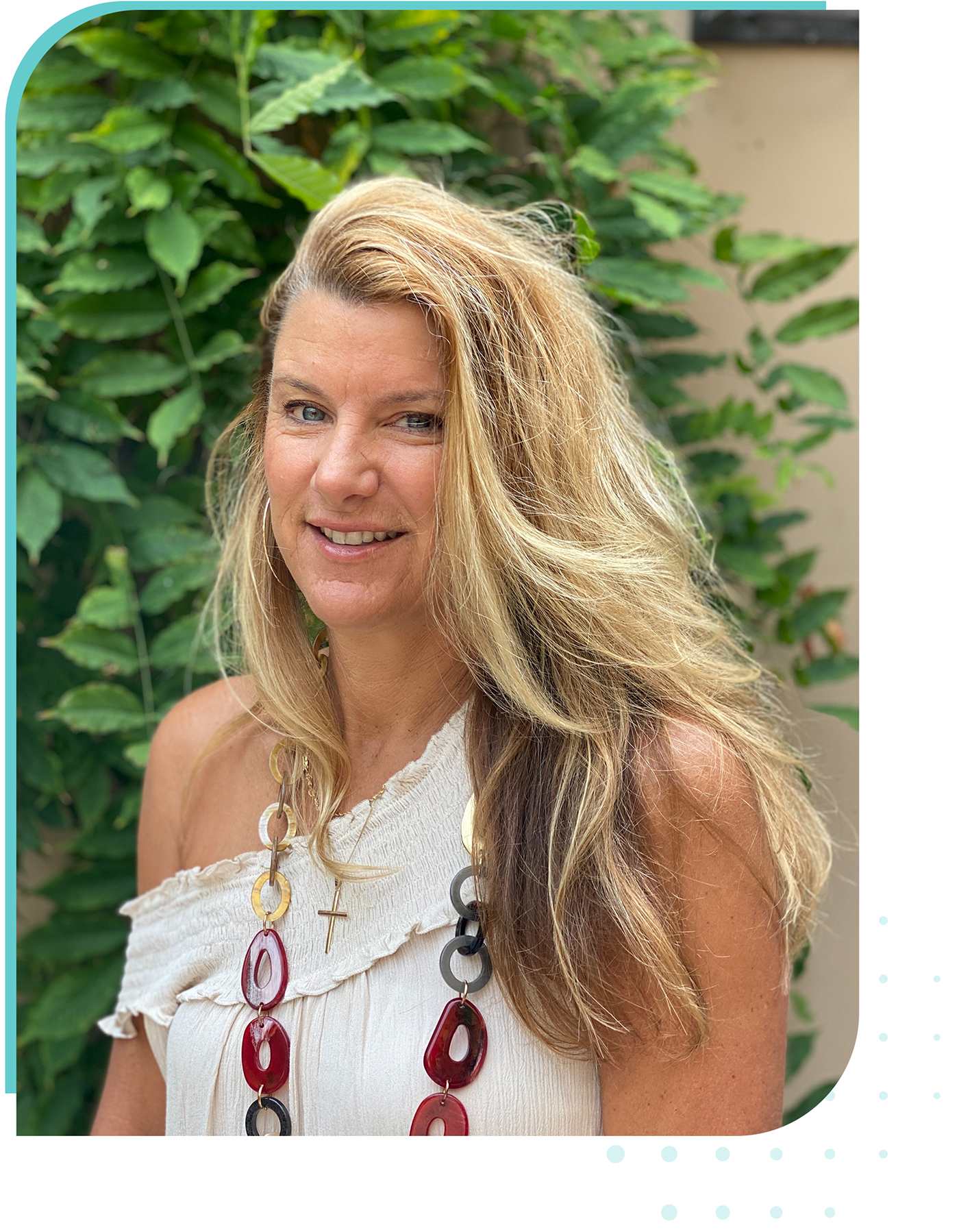 Tina was born and raised on the beautiful Monterey Peninsula in Carmel Valley. She graduated from Santa Clara University, where she was MVP for the women’s D1 tennis team, with degrees in marketing and Italian. After graduating, she followed in her father’s footsteps with a successful career in sales, working for Consolidated Freightways and Borland International. After her children arrived, Tina returned to her true love of coaching tennis. She also runs her family’s commercial real estate partnership, manages the family’s assets and contributes to business development at IntelliEvent. Tina serves on the board of the Boys & Girls Clubs of Monterey County, where she inspires our youth to become the leaders of tomorrow. 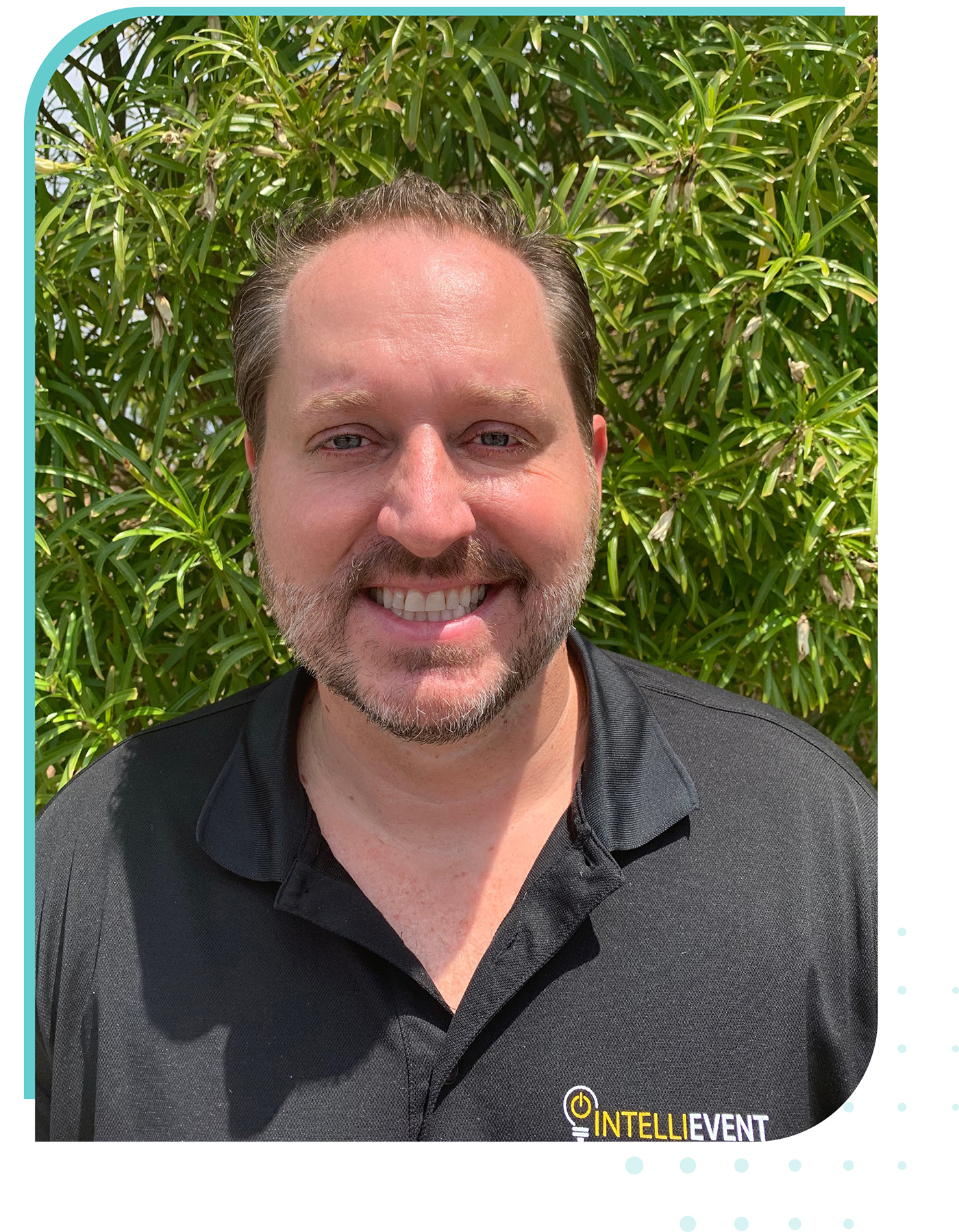 Andrew joined IntelliEvent as a sales associate in 2003, eventually moving to VP of sales and then vice president and general manager. He has worked with hundreds of event professionals during his time at IntelliEvent, successfully collaborating with them to impact their bottom lines. Andrew graduated from California State University, Monterey Bay with a BA in Finance and entrepreneurship. He has a well-known passion for sports, having played basketball in college and continuing to live vicariously through watching sports in his free time. He has a beautiful teenage daughter whom he dotes on. 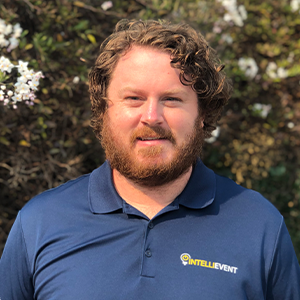 Dana joined IntelliEvent in 2015, and since that time has been responsible for managing or developing most of our clients’ favorite features in Lightning. If you’ve ever attended an IntelliEvent Profitability Summit in Monterey, you’ve likely seen Dana run the comedy hour, usually listed on the schedule as “Development Discussion.” Alongside Kusal, Dana is one of the friendliest members of the development team and can often be found on collaborative calls with partners to improve efficiency and productivity through tweaks to development or workflow. He has an MBA with a focus on Enterprise Information Systems from California State University Chico and is always looking for his next educational adventure. Outside of the office, he enjoys home improvement projects (he recently renovated his house from bare studs, with some help) and spending time with his wife and dog. 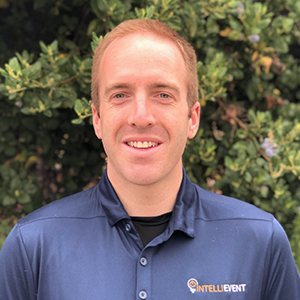 Nick began his career at IntelliEvent in 2013 as a customer care and implementation specialist, shortly before receiving his BS in Business Administration. He previously spent five years as an IT technician for the Defense Resources Management Institute and the Naval Postgraduate School in Monterey. He also has over seven years of experience in the hospitality industry as a front desk manager. Currently, Nick is on IntelliEvent’s development team, where he enjoys collaborating and developing solutions that help solve business problems and improve efficiency. He is an avid trail runner and backpacker who goes adventuring in IntelliEvent’s backyard, the beautiful Monterey Peninsula and scenic Big Sur. 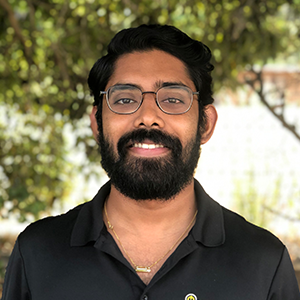 Kusal started at IntelliEvent as a development intern in 2015 while studying Industrial Engineering and Computer Science at the University of Wisconsin. He joined the team full time in 2016 and today works across many departments as a developer and sales engineer. Day to day, you can find him building new features, supporting implementations, scoping out customizations or just helping our partners however he can. When he isn’t in the office or on-site with our partners, Kusal enjoys playing guitar, piano and more. He’s still in need of some bandmates, so please contact him directly if you need someone funky in your band. Warning: his dancing shoes are always on. 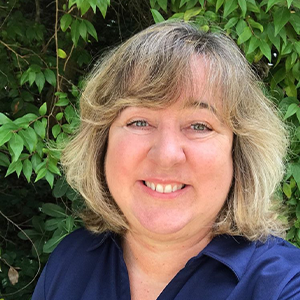 Lauren has been in the rental, staging, event and heavy equipment management software industry since 2004. She proudly joined IntelliEvent in 2019 as enterprise sales director and is inspired by the team’s dedication to its customers. Over her career, Lauren has taken the lead in developing partnerships with some of the world’s largest AV companies through a consultative approach, understanding each customer’s needs and being committed to her customers’ continued success. Lauren is a graduate of Purdue University and enjoys traveling, camping and spending time at the beach. 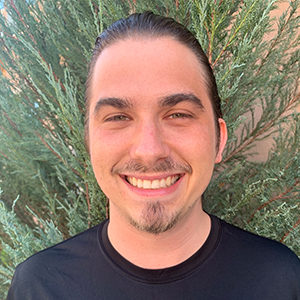 Brock graduated from California State University, Monterey Bay with a Computer Science and Information Technologies degree with a concentration in software development. He joined the IntelliEvent development team in 2017, where he works as a full stack developer. He’s always looking to learn new technologies and bring creative ideas to the team to help solve real-world problems. Brock enjoys spending time with his girlfriend and his dog and also enjoys software development outside of work. 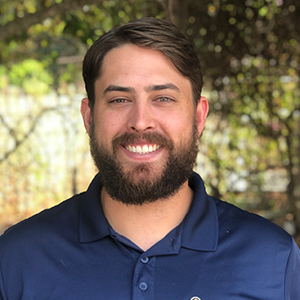 Nick graduated from California Lutheran University with a degree in Business. He started with IntelliEvent in 2016 in the support department and now works with the enterprise implementation team. Before Nick began training his customers on Lightning, he played professional baseball on both coasts. He’s enjoying the transition from hitting a baseball to hitting a golf ball, even though that hasn’t been going all that well. 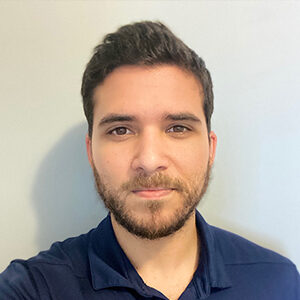 Daniel started with IntelliEvent in 2018 as a general implementation specialist and moved to enterprise implementations shortly after. Before joining the team at IntelliEvent, he worked in the event industry as an audio-visual technician and touring musician. With his experience in the industry—and as a previous user of Lightning when he was a client—Daniel brings a practical, insider perspective to our day-to-day business. Living in the mountains of Virginia, he loves hiking the Appalachian trail. 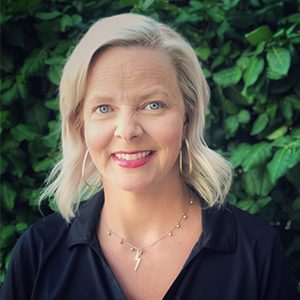 Caroline graduated from Oklahoma State University with a degree in Education. After five years of teaching middle school, she joined an AV production company in Tulsa and quickly became an IntelliEvent super user. She joined our team in 2017 as a trainer and account manager and currently does onboarding and training for our new customers, account management, marketing, support and ongoing training through our Wise Up webinars. Caroline appreciates the feeling of family from both the IntelliEvent team and our customers. She enjoys spending her free time on the many beautiful lakes around Tulsa and at Oklahoma State football games. 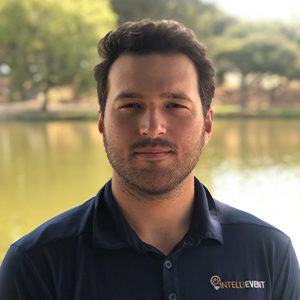 Tommy joined the IntelliEvent team in 2019 as controller and project manager, and he’s also involved in monitoring IntelliEvent’s internal processes for continuous improvement. He attended Boise State University, where he played D1 tennis. There, he earned his undergraduate degree in International Business with a concentration in Entrepreneurship. Shortly after, he was accepted into the University of Missouri’s MBA program with a focus on Supply Chain Management & Logistics. Tommy is originally from Caracas, Venezuela. 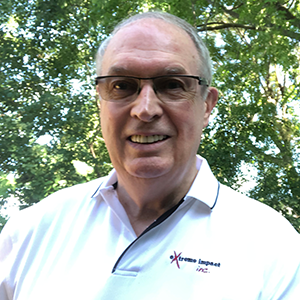 Andy works in support, training and development at IntelliEvent. Before joining our team in April 2000, Andy owned an AV production company that specialized in production for a number of pharmaceutical, financial and high tech customers. He has used his extensive background in live event staging and production to effectively understand the needs of our customers and help integrate Lightning into their business practices. Andy also enjoys music, film, cooking, traveling and gardening. He served on a board of directors for a 55 unit condominium corporation and also served as VP of house league operations for Mississauga Minor Basketball, one of the largest basketball clubs in Canada. 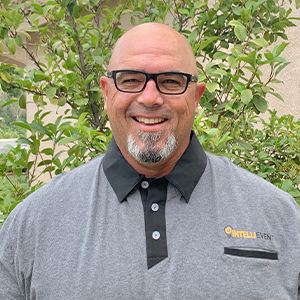 Jared graduated from Nicholls State University in Thibodaux, LA and earned his Master’s from National University. He played minor league baseball for five years for the Chicago Cubs and then spent 17 years in education as a high school history teacher and baseball coach. Jared joined IntelliEvent as an enterprise account manager working with strategic clients across North America. He now runs Master Repair, the auto shop portion of our business, where he leads the support and sales team. Jared enjoys spending time with his wife and family and watching his kids play sports. 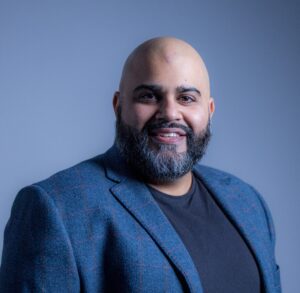 Ali, based in London UK, joins IntelliEvent as Global Business Director with 20+ years’ experience in the Live Events and Technical Production industry. Prior to joining IntelliEvent, Ali’s last role was Operations Director for a world leading Technical Production Company. The role saw him orchestrate the strategic operational intent whilst maintaining a firm commercial grip throughout the organization. Ali successfully built a data driven environment and an award-winning team that consistently improved efficiencies across the business.

Ali is happily married with 2 young sons. Together, they enjoy travelling and working with local communities and charities. In his spare time, he enjoys exploring new technologies, photography and can often be found adding miles on his bike. 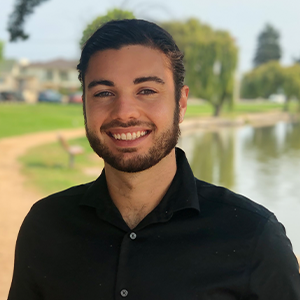 Jacob graduated from California State University, Monterey Bay with a BA in Marketing. After completing his senior project on IntelliEvent, Jacob joined the team in 2020 and is involved in sales, support and marketing. Jacob competed as a left-handed pitcher for the CSUMB baseball team and continues to participate in sports and fitness activities. He also enjoys playing the piano and saxophone and spending time with family and friends. 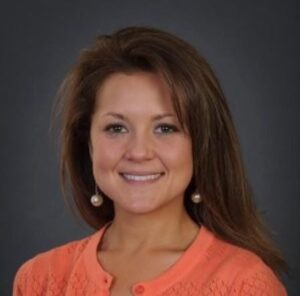 Allyson graduated from California State University, Chico with a BS in Special Events & Tourism. She joined the IntelliEvent team in 2018, where she works as the Digital Marketing Specialist. Prior to joining the team at IntelliEvent, Allyson worked at the Monterey County Convention & Visitors Bureau where she managed the website, social media channels and content marketing initiatives. Allyson has lived in Monterey for 11 years and enjoys spending time with her family, wine tasting and hiking. 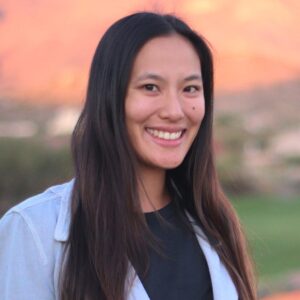 Natalie graduated from the University of Hawaii at Manoa with a BA in Psychology. She joined the IntelliEvent team in 2020, where she works as an Event Marketing Specialist. Prior to joining the team at IntelliEvent, Natalie worked within the event industry in Honolulu assisting in all types of special events such as community, corporate, and nonprofit events. Natalie is originally from Hawaii and recently moved to the Monterey area. She enjoys traveling, yoga, and spending time with friends, family and her dog. 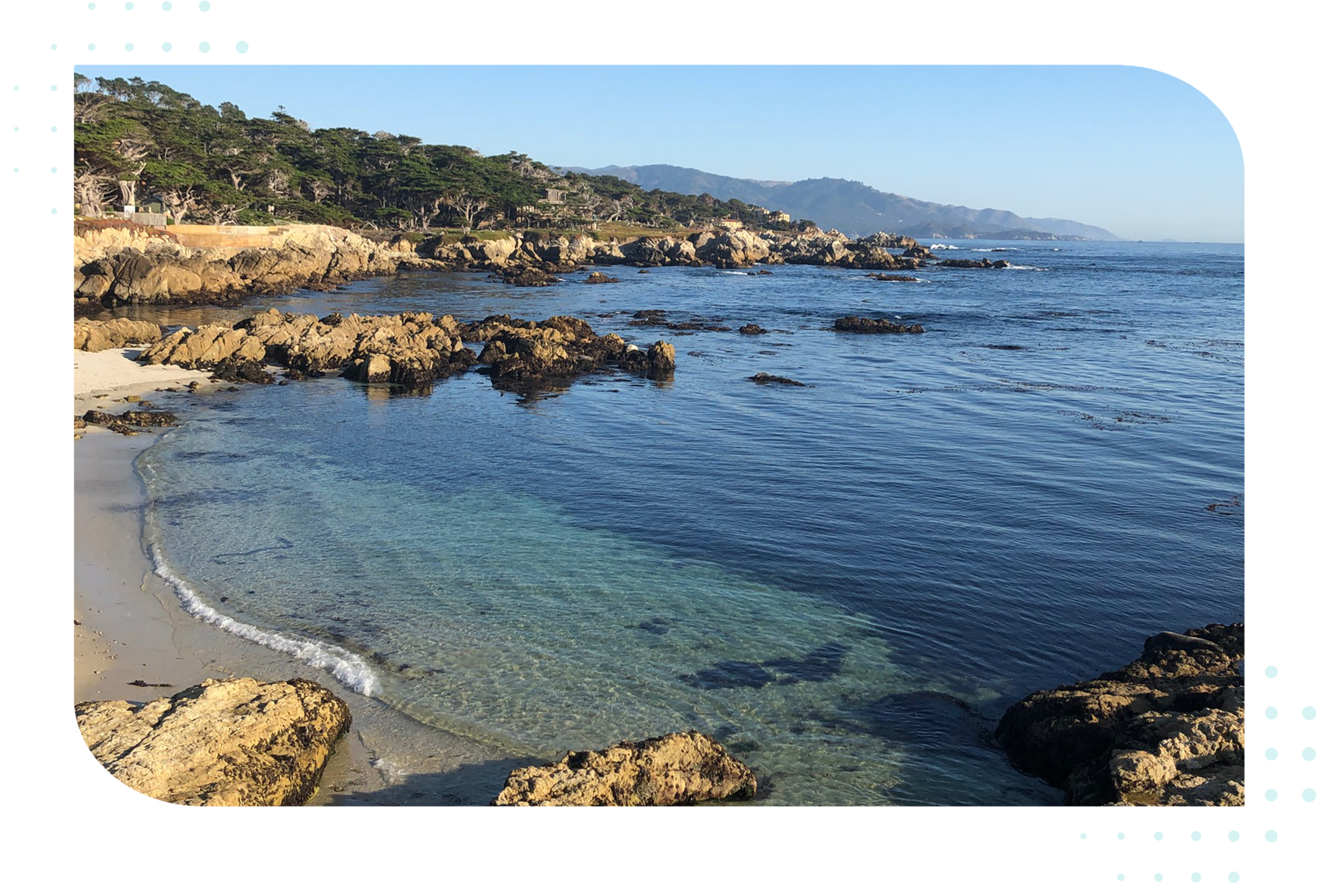 We’re grateful for the successes we enjoy at IntelliEvent, and we try to pay it forward by helping others. We support the good works of Event Pros Take Action as they provide assistance to recovering communities affected by natural disasters. We also partner with California State University Monterey Bay through their internship program, training the next generation of marketing, development and event pros.